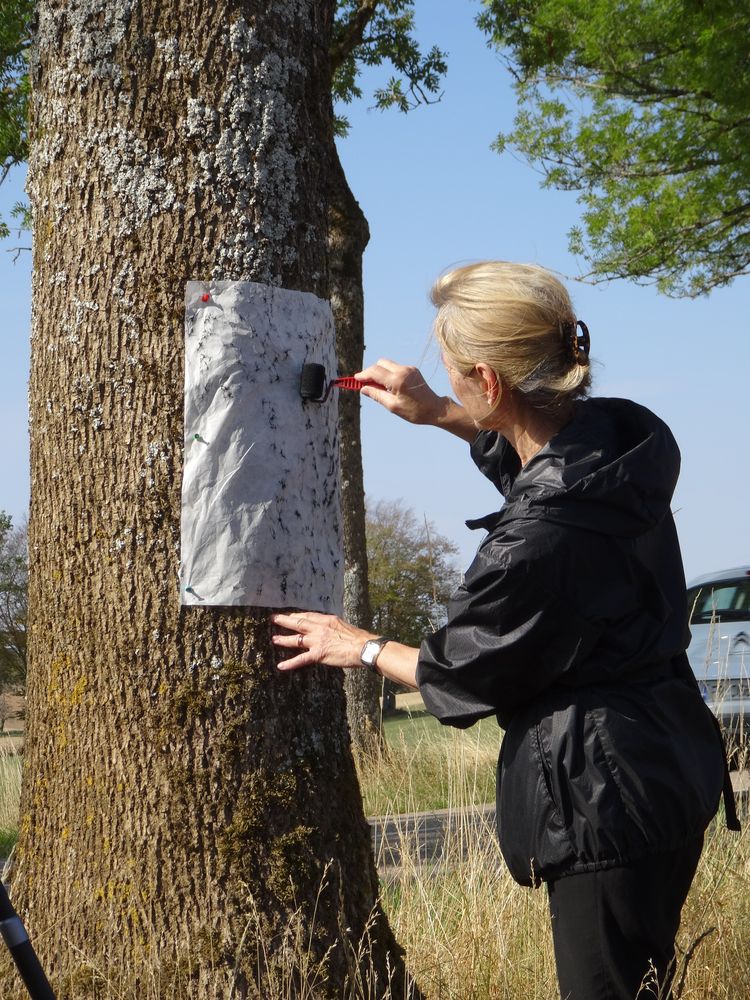 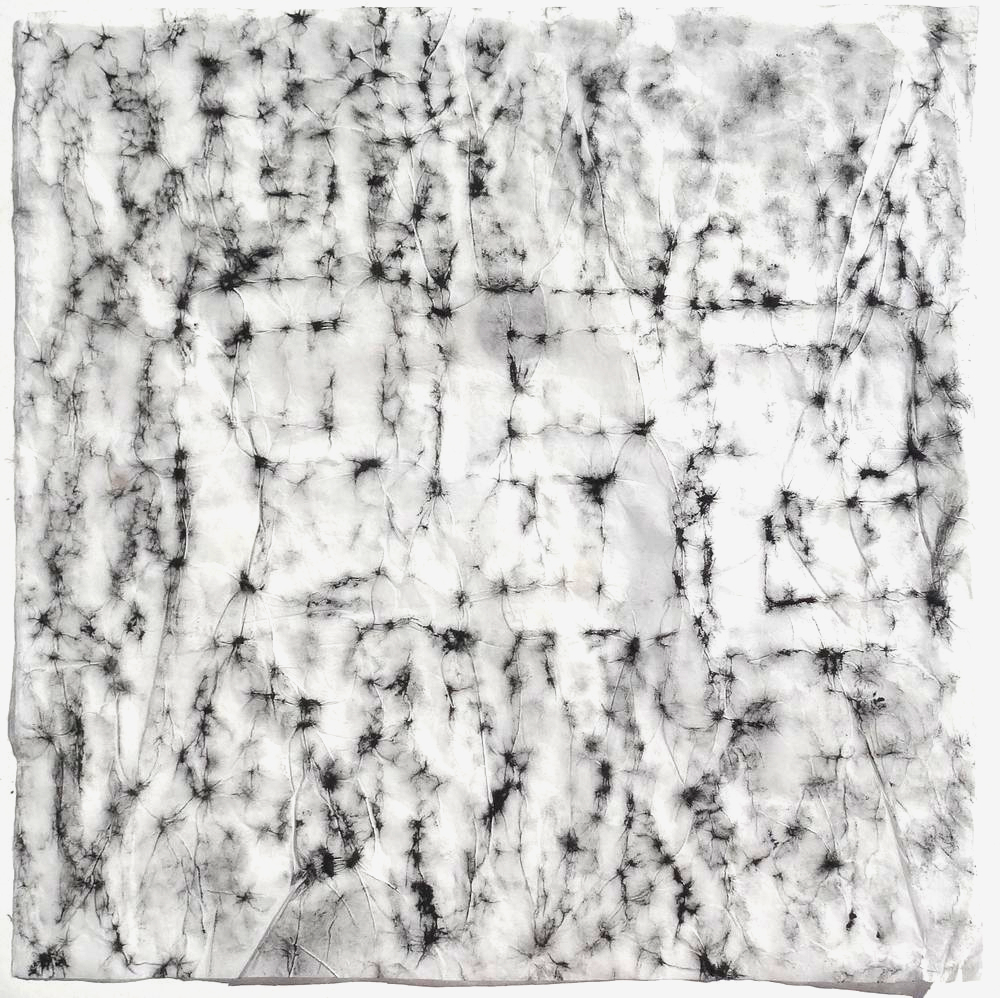 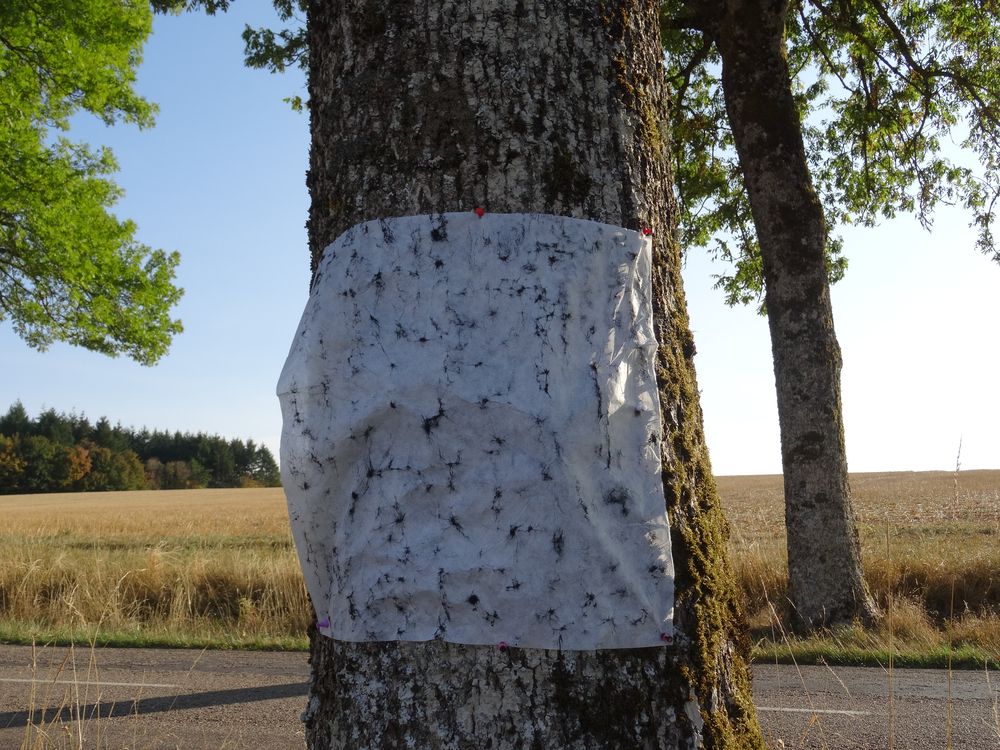 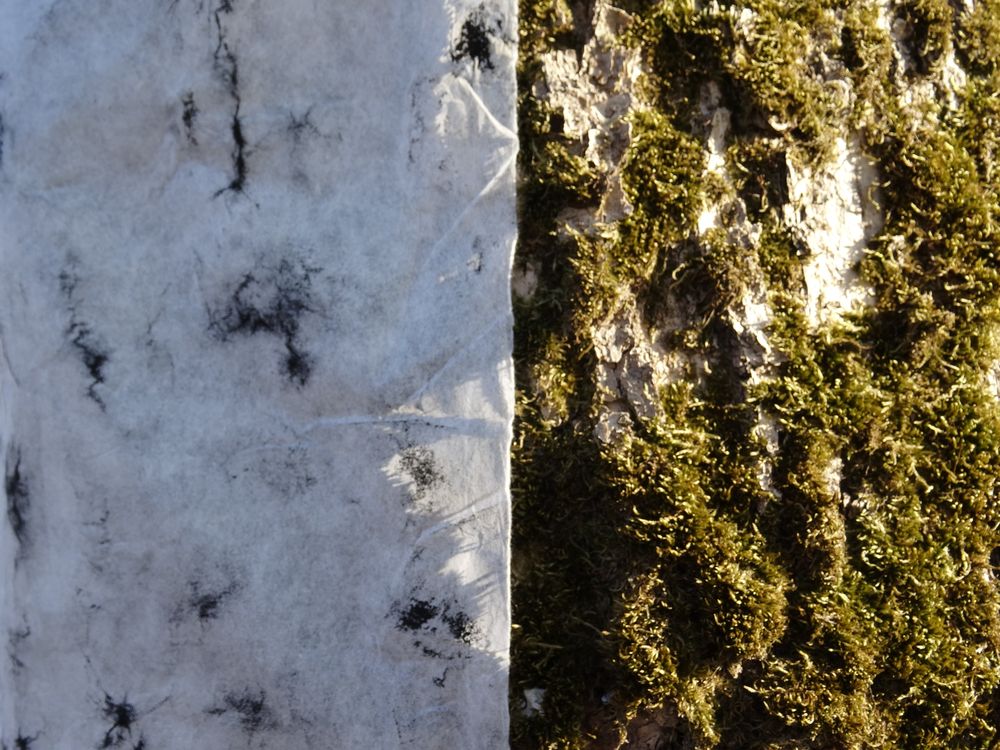 The RD 427 avenue, a 3.3 km long ash tree avenue, is documented at least as of the early 19th century and was replanted in the 1950s. The County road is running through the village of Trampot (Vosges), close to Joan of Arc's birhtplace Domrémy la Pucelle.

It is a very special avenue : due to be felled in 2005, it lead to investigating avenue policies in Europe and drafting of a white book about tree avenues (Road infrastructures - Tree avenues in the landscape) that was published by the Council of Europe as part of the work around the European landscape convention. To ensure its preservation, a bill was drafted and a legal protection of tree avenues in general was eventually integrated into the French environmental code in 2016.

The ash tree avenue is under the pressure of Chalara fraxinea, a fungus causing ash dieback. 24 trees were felled in 2019, out of 271. One more tree is to be felled in 2022. But being situated in an open landscape, the trees resist quite well. The preservation of this avenue is interesting to monitor the resistance to ash dieback. It is also important for the rich biodiversity associated with ash trees.

The dynamics of the evolution of the trees and the avenue serves as a background for an artistic landscape observatory: we invite artists to follow this evolution over the years. The artworks produced will eventually showcase the avenue, for the benefit  of the village of Trampot.

In 2020 and 2021, French artist Constance Fulda made rubbings of  69 trees in the avenue, and she will continue, until all the trees, nearly 250, have their "identity card": her rubbings - on a special Japanese paper which is both extremely light and resistant - reveal unsuspected patterns, a constellation of nuclei linked by mycelium-like threads - or "neurons" ? - that are specific for each tree. Trees fascinate Constance, and she has revealed the calligraphy of many prestigious trees - a huge Banyan tree in Thrissur, India, a Yakasugi Cedar tree on Yakushima island, in Japan, or the Oak trees that will be used for the reconstruction of Notre-Dame in Paris - but it is the first time she works on a series of rubbings in an avenue. Come and meet her on June 25th and 26th (2022) in Trampot!

On March 24th (2022), French-Tunisian performing artist Ridha Dhib made a contribution to the Observatory with digital material. On his way to Mardin, at the turkish-syrian border, he wrote a part of Geneva Refugee Convention and stopped in the avenue to make a picture and a short video film with an embedded compass showing that Mardin is 3118 km ahead, following the gross direction of the tree avenue! Rate Ridha Dhib's contribution here to make it exist on the net. 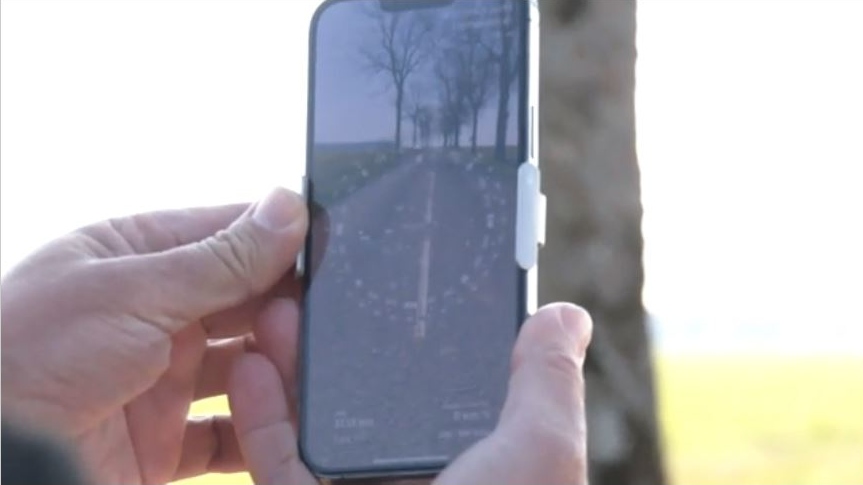 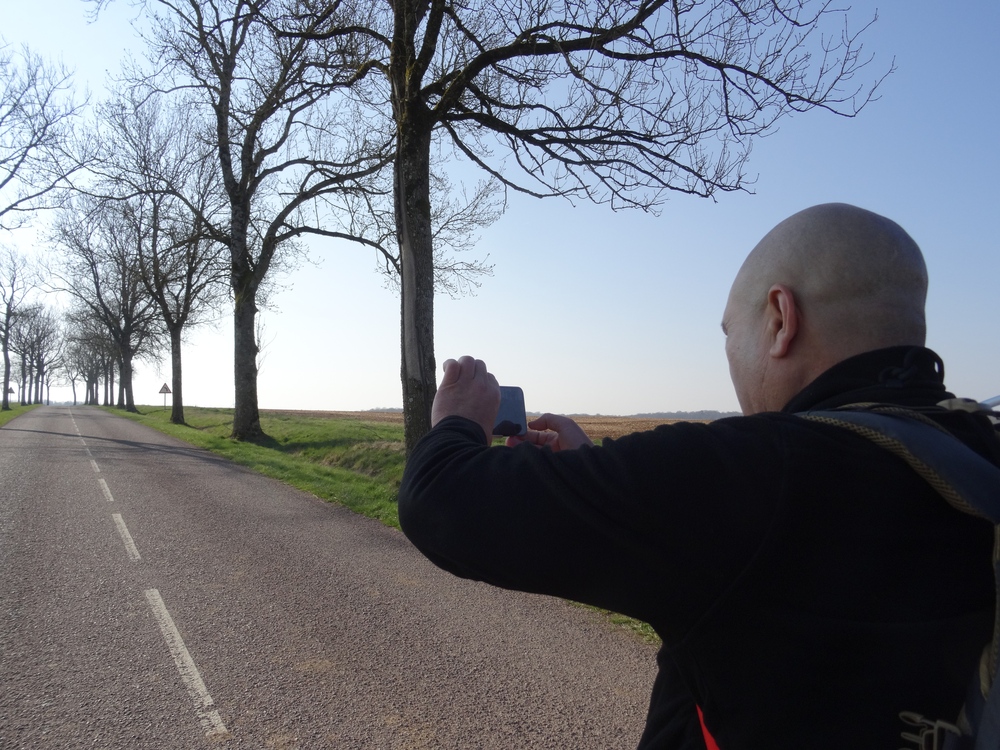 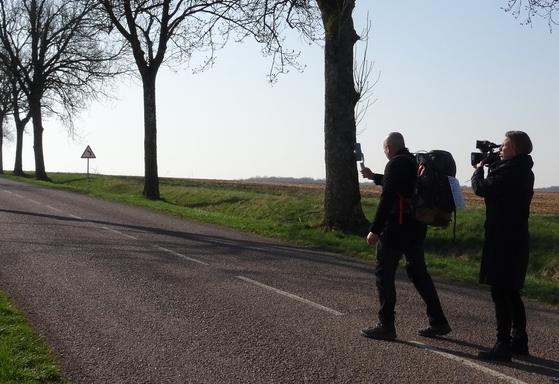 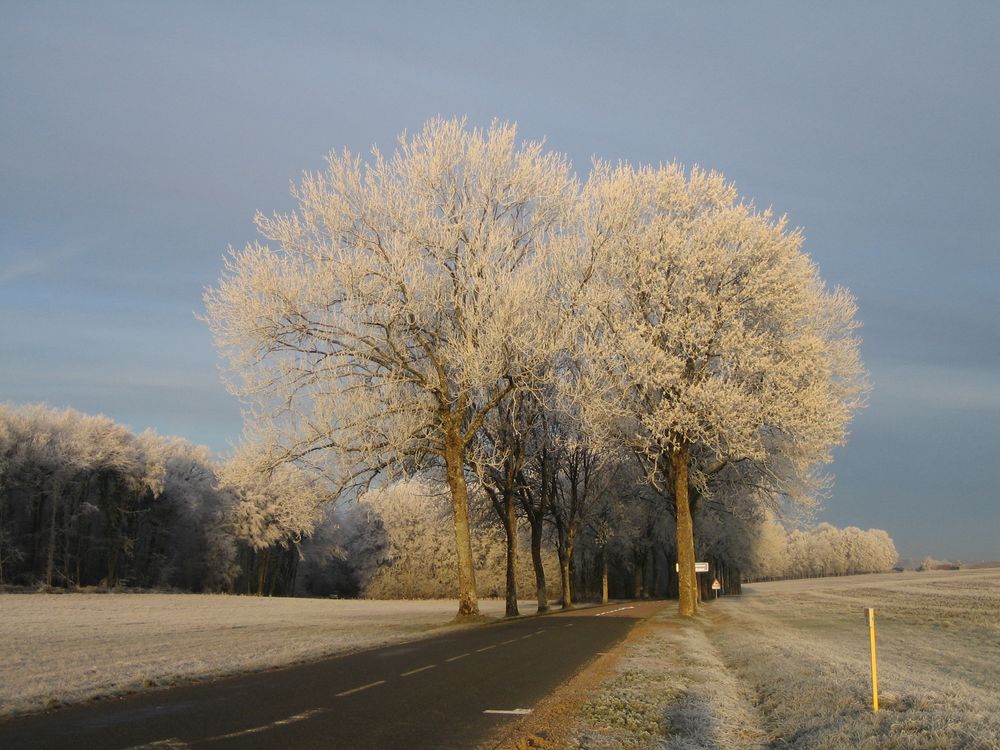 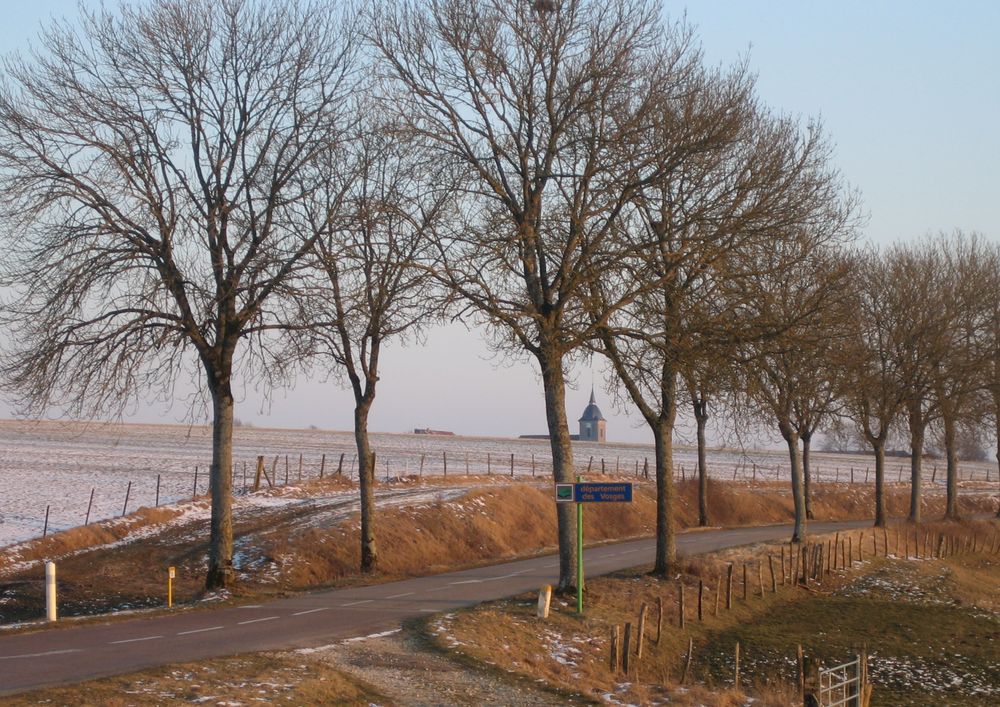 The observatory could be launched thanks to our donators, in particular: